For you, what is the best dessert to start the season of fall? For me, it is definitely the French Apple Tart filled with a homemade apple sauce and topped with thin slices of apples. It is simple, light, flavorful, and elegant. 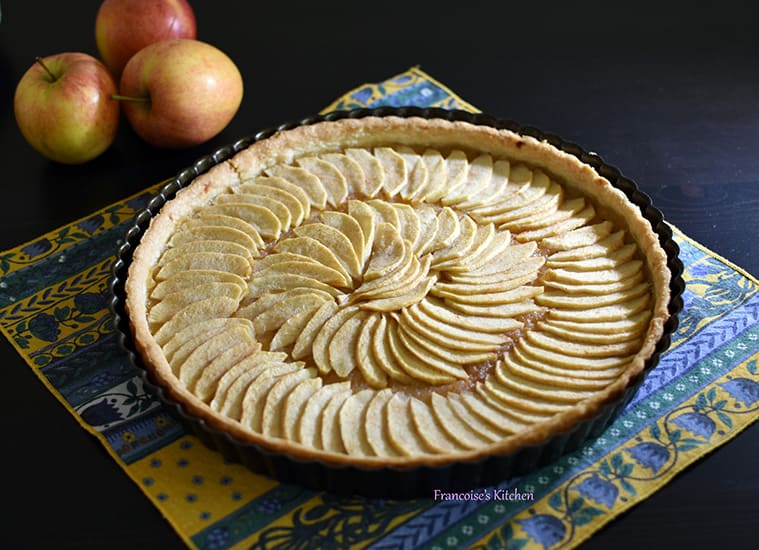 I brought this French Apple Tart to a Mom’s Night Out and got so many compliments about it. One slice was left and my husband was happy to eat it when I was back at home 🙂 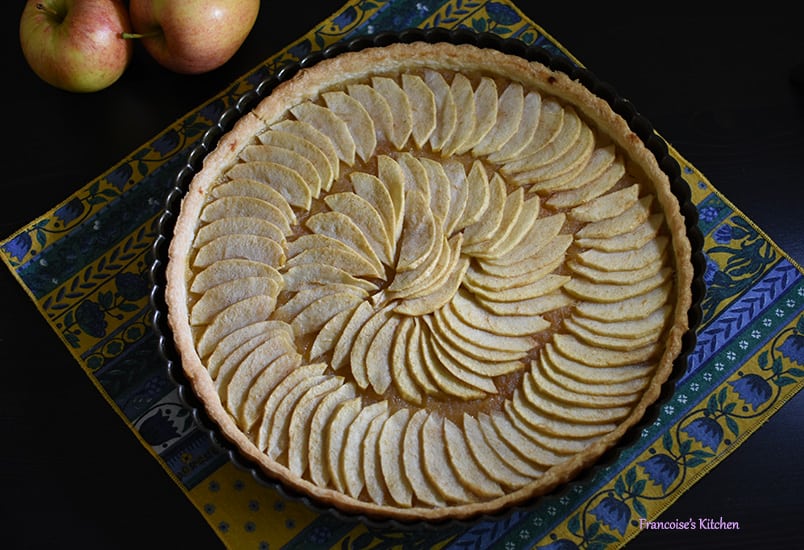 The same day, I made this other French Apple Pie for a friend. He told me that it was so good that he fought with his two kids to save the last piece.

With this picture I also want to show you that you can put the apples in another pattern, like a flower. Just overlap each slice of apple with each other all around the tart until you reach the center. 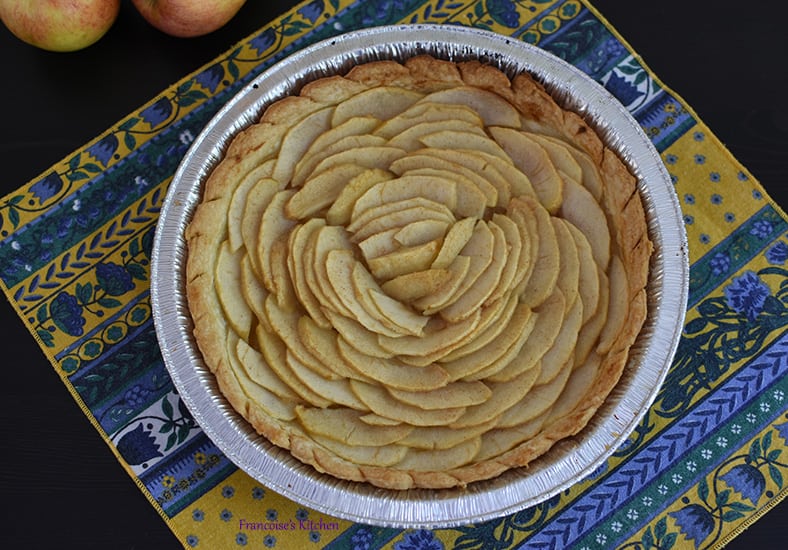 With the leftover of dough, I made a little French Apple Tart. This picture shows you that you can make a tart without a mold. Just roll the dough in circle until you reach the size you want on a parchment paper. Spoon the apple sauce over the dough, leaving a 1.5 inch border to fold the dough border over the filling to form a circle. 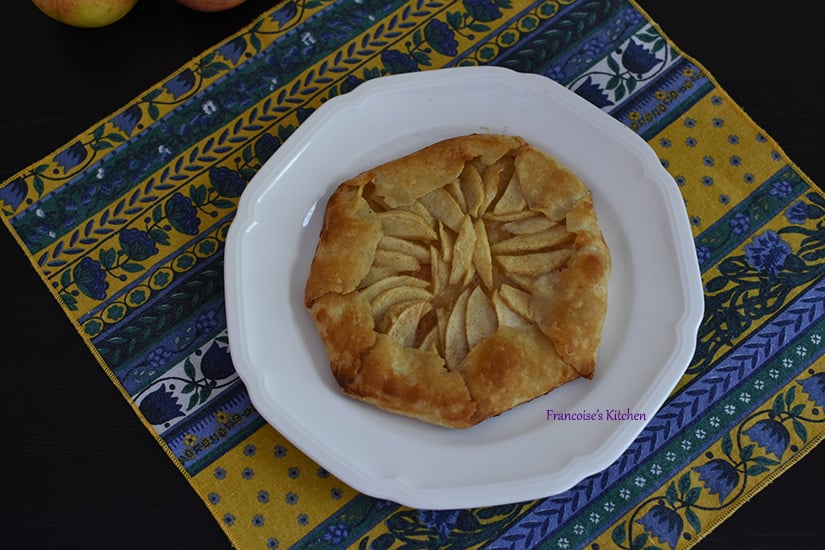 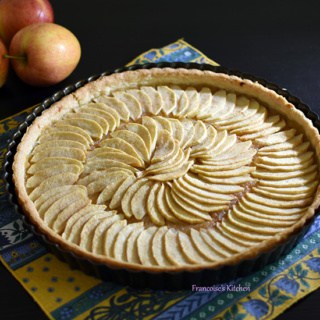 French Apple Tart filled with a homemade apple sauce and top with thin slices of apples is the perfect dessert to start the season of fall. It is simple, light, flavorful, and elegant.
No ratings yet
Print Pin Rate
Course: Dessert
Cuisine: French
Servings: 4
Author: Francoise's Kitchen