Basquaise Chicken (Poulet Basquaise in French) comes from French Basque country located between France and Spain, on the Atlantic coast. It is crossed by the western Pyrénées chain. 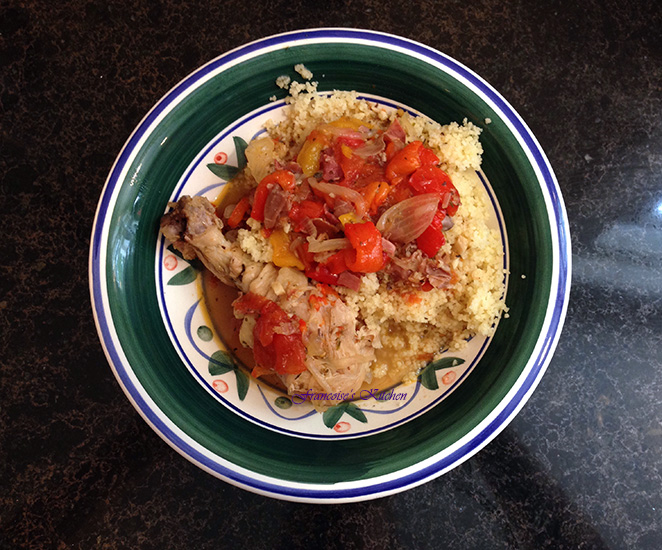 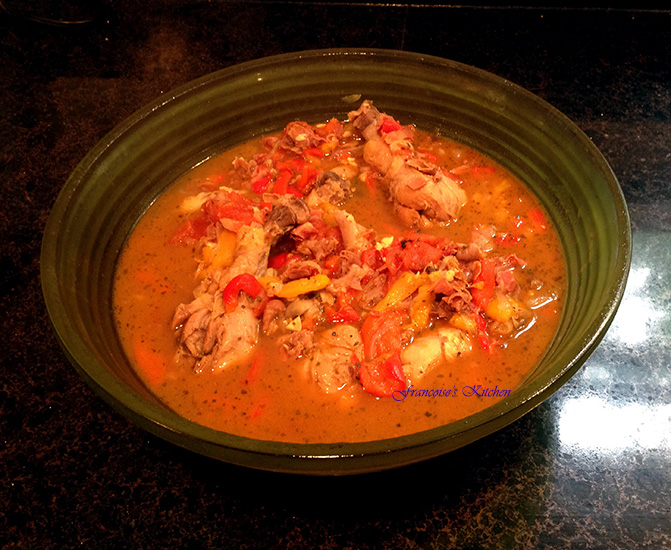 I used my pressure cooker to make Basquaise Chicken. I remember that during my childhood, my mom often used her pressure cooker and recommended it to her friends. In a family of six, it was a time-saver. You can have a delicious meal full of flavor in record time.

In the US, I have discovered the popular slow cooker but after a few attempts at recipes, I often was disappointed with the result. Recently, I bought a pressure cooker and I am amazed by the fact that it is so quick and the meat has a deep rich flavor and melting texture.

Now, finally having a pressure cooker,  I chose to publish the Basquaise Chicken as a first recipe. 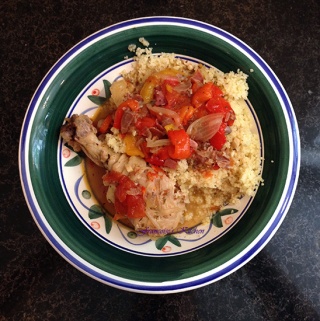